Mission: Rise Tampa will start its work where the city budget stops. It will ensure officers are receiving the latest training, safety equipment and using cutting edge technology to keep our citizens safe while providing growth opportunities to our most underprivileged children.

Summary: When people need help, they can always rely on the Tampa Police Department to respond in full force. The budget provides the agency with all the basic tools needed to receive 911 calls and to respond swiftly to those in crisis. 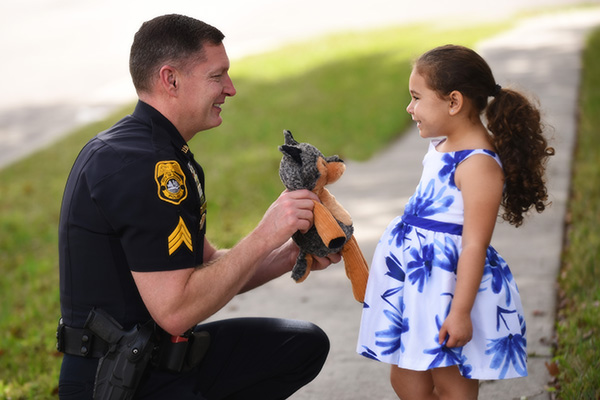 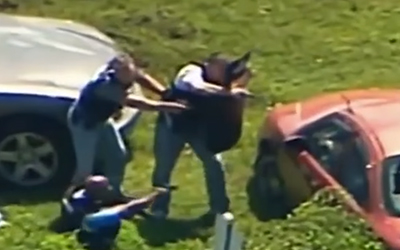 Training and Technology That Protects Officers

Ballistic Shield Saves officer’s life in a dramatic shoot out with dangerous felon.

A suspect wanted for raping and robbing dozens of people recently led our officers along with deputies and troopers on a chase across north Tampa. During the high speed pursuit, the suspect began firing at the police cars behind him. The Tampa Police officer who was leading the pursuit, grabbed a ballistic shield from his back seat and covered his windshield with it.He managed to continue chasing the dangerous felon by looking through the small plexiglass window on the shield. Based on the number of bullet holes in the windshield, there’s no doubt the shield saved the officer’s life and allowed him to stop a very dangerous criminal. But that lifesaving shield doesn’t even belong to the Tampa Police Department. It’s the property of the U.S. Marshals Office. The TPD officer happened to have it in his car from a joint training session that same day. Happenstance brought this violent episode to safe conclusion. But we can’t rely on serendipity to keep our officers safe as they risk their lives to protect our citizens. In a perfect world, every Tampa Police would keep a tactical shield in their vehicle. But a price tag of $1,200 each makes that impossible. With a 1,000 police officers, the bill tops 1.2 million and that doesn’t include the two hours of training, which has an $80,000 price tag. The city budget does provide these life-saving shields to the department’s SWAT officers, but that is a very limited number. 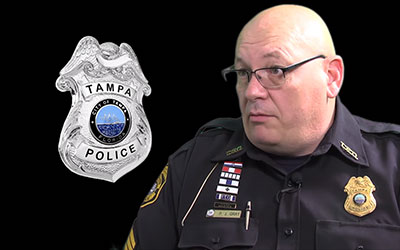 47-year-old Michael Tassinari is alive and well today thanks to the quick thinking of three Tampa Police officers who responded to a motorcycle crash that nearly ended Michael’s life. The officers quickly discovered that Michael’s leg and femoral artery were totally severed and exposed. First they attempted to use the victim’s belt to stop the bleeding, but it was ineffective. They also tried a field pressure dressing from a first aid kit, but were again unsuccessful. Two of the officers kept Michael talking to prevent him from going into shock, as the third office grabbed a branch, crime scene tape and a strap from a laptop case to create a makeshift tourniquet. Miraculously, this improvised tourniquet stopped the bleeding. The emergency room doctor and surgeon both agreed these heroic efforts saved Michael’s life. Tampa Police officers are often the first on scene where someone is seriously injured. Equipping them with a field trauma kit could mean the difference of life and death for someone severely injured. This need was never so apparent then on the day of the tragic bombing of the Boston Marathon. In the countless videos coming out of Boston, we all watched as officers did the best they could using makeshift tourniquets to help seriously injured runners. Tampa is a city known for its Gasparilla parades and events that bring hundreds of thousands of visitors to our community. It is our goal to equip every Tampa police car with a trauma kit. When a dangerous situation is unfolding, unarmed paramedics are forced to wait until it’s safe to enter a scene. Officers armed with tactical trauma kits could offer aid more quickly and possibly save lives. The department’s budget provides basic first aid kits to each police officer, but the more advanced trauma kits at $800-$1,000 a piece are beyond TPD’s budget. Every officer would also need training on how to administer the aid and use the kits properly. This would cost an additional $80,000. 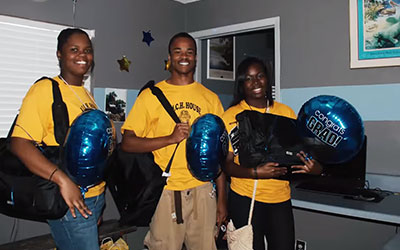 Community Outreach That Makes a Difference

When officers crackdown on Tampa’s most crime challenged neighborhoods, children often see police taking one of their parents or an older sibling to jail. Even though this family member may be involved in dangerous criminal activity, their sudden absence can still be very disruptive to a family and even more detrimental to the family’s income.This sets the stage for the children to be pre disposed to dislike the police and may set them on a path in the wrong direction. Therefore, it’s critical that the same law enforcement agency that held their loved one accountable for breaking the law also reaches out to assist the children in the home. Meet Shaheedah Salaam! She is a full scholarship student at the University of Miami studying Biomedical Engineering. With an absentee father and a mother addicted to drugs, you might not expect such a success story. But Shaheedah was lucky. Her grandmother raised her and at 10 years old she discovered the Tampa Police Department’s RICH House. She spent every afternoon at the safe haven getting help with her homework, a good meal, learning to set goals and believe in herself. For eight years, she took part in the department’s summer program until she graduated from Chamberlain High School. Now, she is pursuing her dream to become a doctor and reaching back to help other children in her neighborhood. You can find Shaheedah volunteering at the RICH House during her summer breaks from college. She wants to make sure other children from Sulphur Springs have positive role models as she did. The department is working to expand its afterschool and summer programs to children in Tampa’s most economically challenged neighborhoods. The department is now able to help more than 350 children a year with after school, summer programs and mentoring programs. The cost for each child ranges from $900-$3,750 a year depending on the program. But there are so many children that our programs don’t reach. The most recent census shows 23% of Tampa’s children live below the poverty line. It is our goal to increase the number of children in our programs by 25% and to offer a sliding scale fee system.

You can earmark your donation for one of the Tampa Police Department’s programs that serve our citizens. 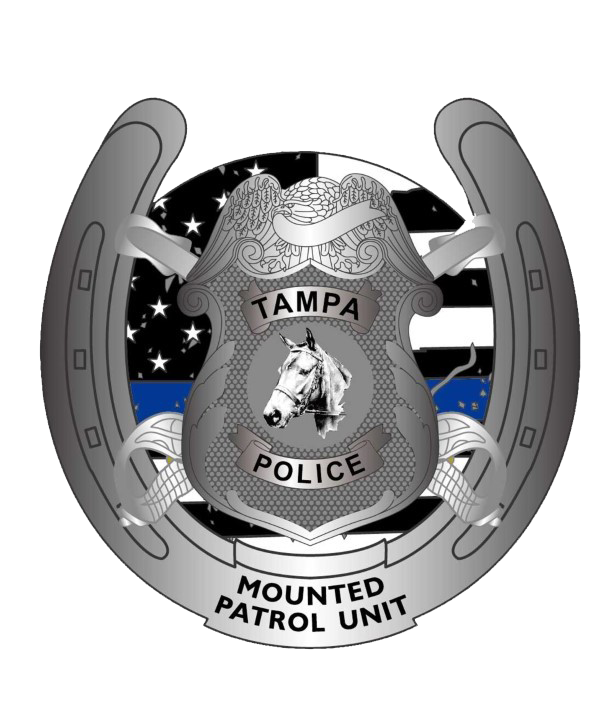