Officer McNeal is Fighting Brain Cancer and Needs Your Help 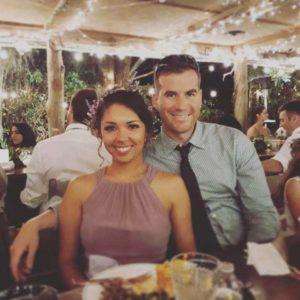 Officer Matt McNeal is 33 years old, a husband and a father to two young children. Officer McNeal has been a police officer with the Tampa Police Department since 2014.  Officer McNeal spent several years patrolling East Tampa before being transferred to the department’s bike squad. During his time at TPD he has received several lifesaving awards, along with a unit citation, excellent duty award, and the community policing award.

While at home, Officer McNeal passed out and was transported to Advent Health Hospital in Wesley Chapel. Imaging showed an abnormality on his brain which was later diagnosed as an aggressive form of brain cancer.

Matt underwent surgery and is now at home with his family.  Matt and his family have a long road ahead of them and need our help.  If you are able to donate to this campaign 100% of your donation will be given directly to Matt and his family to help deal with this difficult situation.

A big thank you to everyone that has donated already. Together we have raised $10,560.51 to help support Matt and his family! Your continued support is greatly appreciated!

Hope is Faith. Strength is Courage. Praying you have both.

May God and Jesus lay their healing hands upon you. Praying for your recovery.

thank you officers for all you do to keep us safe

Sending blessings and prayers Matt! See you on the bike soon.